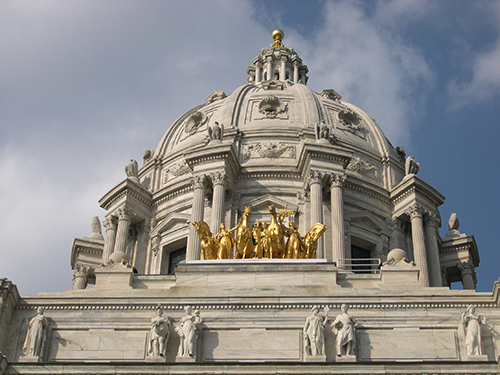 It took four days longer than expected, but in the early morning hours of May 26 of a special session the Legislature approved the Bonding Bill, which was signed into law by Governor Dayton on May 30.  The bill includes a $3.5M “federal funding advance” to be used toward connecting Worthington, as well as language allowing Lewis & Clark to also use the estimated $8M surplus from a previous advance toward construction of the Worthington connection.  This is the third advance approved by the state.  Advances of $22M and $19M were approved in FY14 and FY15 respectively.  “Our deepest thanks and appreciation to Governor Dayton and the Legislature for their steadfast support to ensuring Worthington has access as soon as possible to this critically needed water,” said Worthington’s Scott Hain.  Worthington is expected to receive water by the end of 2018.