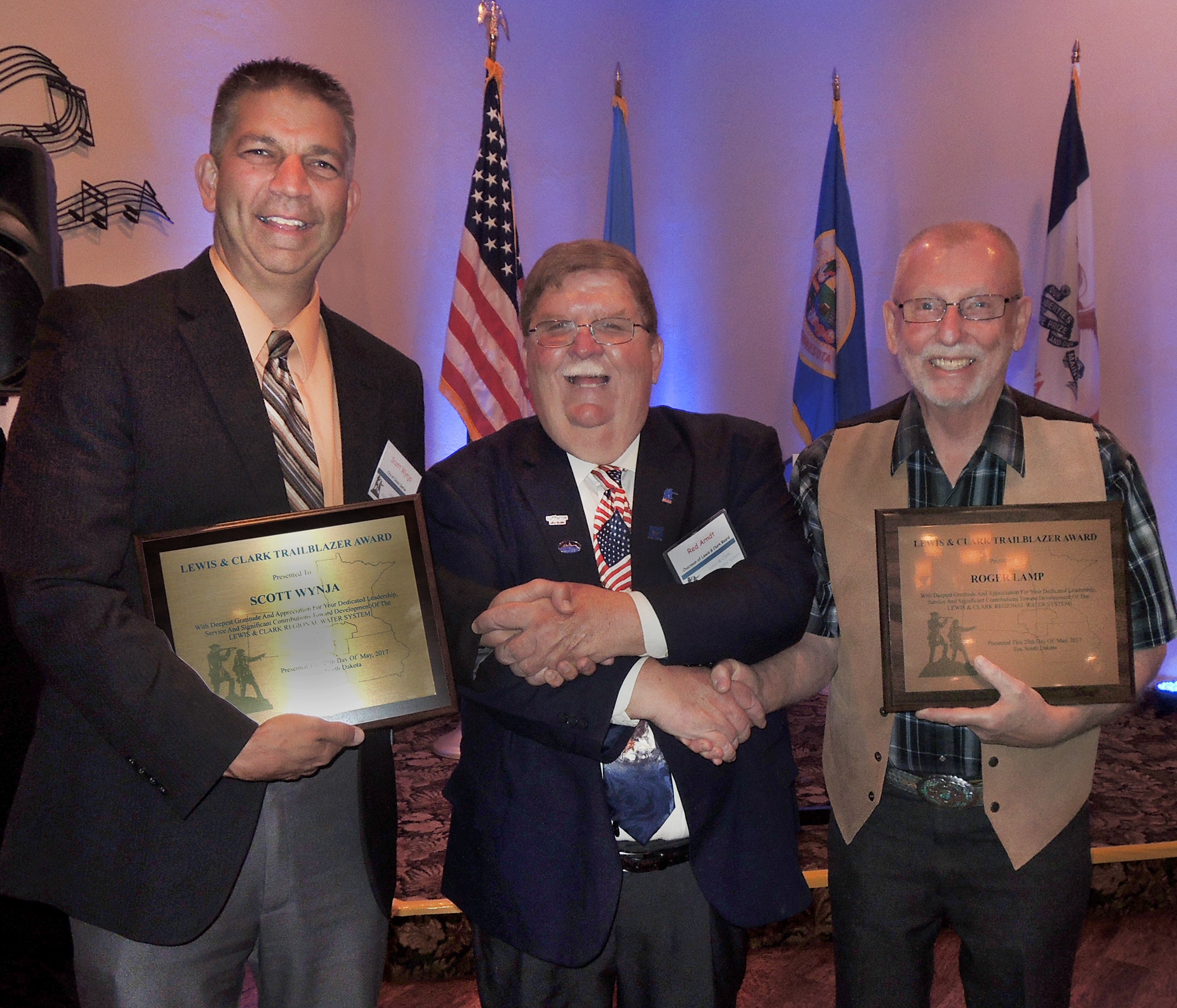 Former directors of the Lewis & Clark Regional Water System — Roger Lamp and Scott Wynja — were presented with the “Lewis & Clark Trailblazer Award” at the System’s 27th Annual Membership Meeting in Tea on May 25.  This is the System’s highest award.  Scott served on the board for 15 years while he was Sheldon City Manager.  He stepped down this past fall when he accepted the city manager position in Sioux Center.  Roger served on the board for 25 years while he was chairman of Lincoln County Rural Water System.  He retired from both boards in February (he served on the Lincoln County RWS board for 30 years).  While on the Lewis & Clark board Lamp served as treasurer and Wynja served as secretary, as well as serving on various committees.