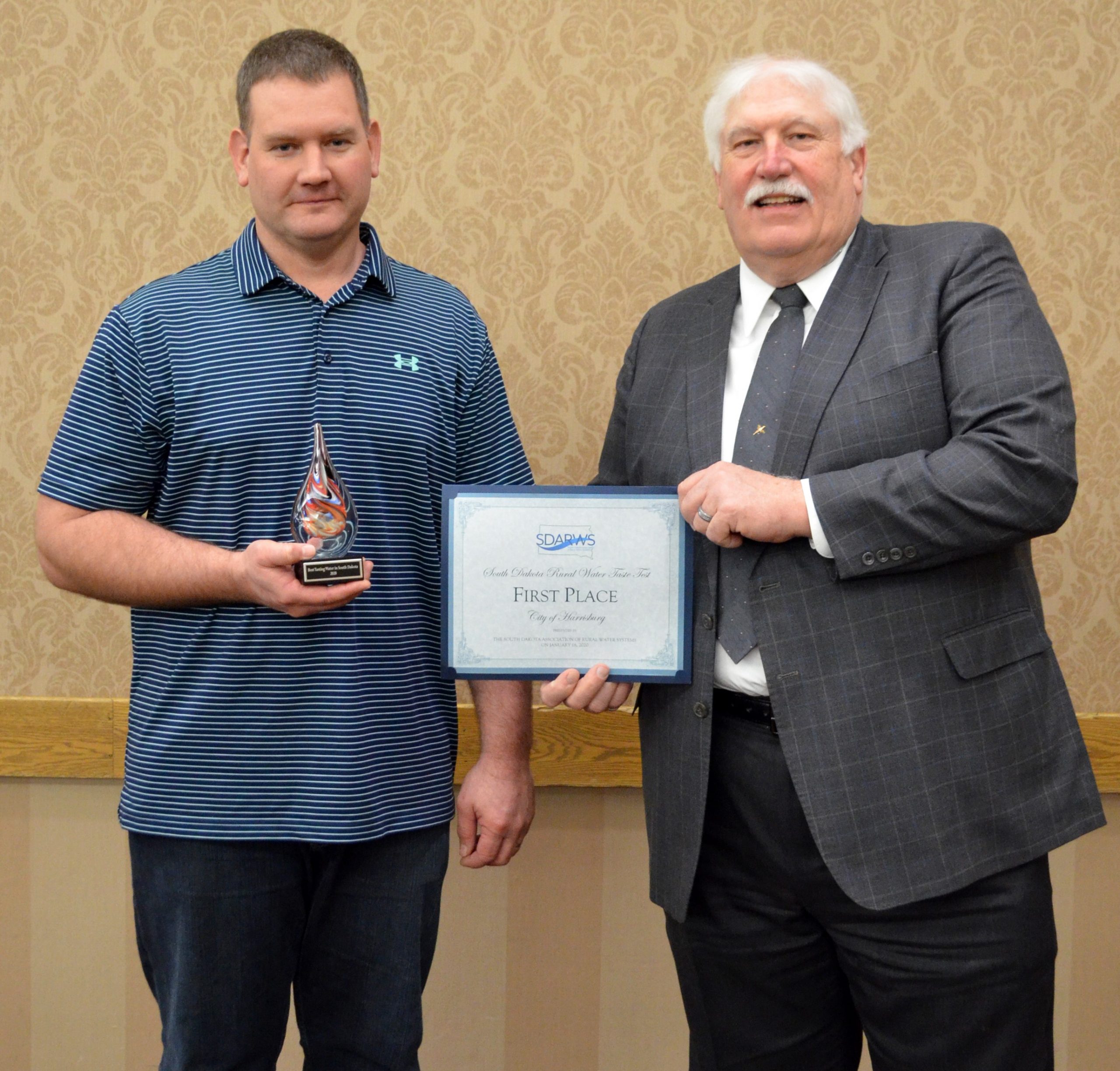 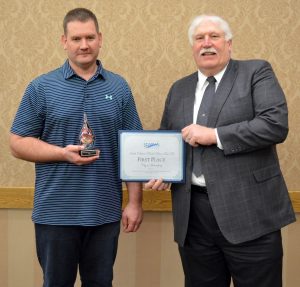 For the second time in three years Harrisburg has won the Best Tasting Water Award from the SD Association of Rural Water Systems! The award was presented at the awards banquet on January 16. An entry from Lewis & Clark was a close second. Harrisburg also won in 2018. “One hundred percent of Harrisburg’s water is delivered from Lewis & Clark, so water produced by Lewis & Clark swept the top two spots! These awards are not about bragging rights, but rather an opportunity to recognize the hard work and dedication of the outstanding staff members of Harrisburg and Lewis & Clark,” said Executive Director Troy Larson. Harrisburg’s Assistant Public Works Director Dustin Preheim is shown accepting the award from SDARWS President Ron Gillen.