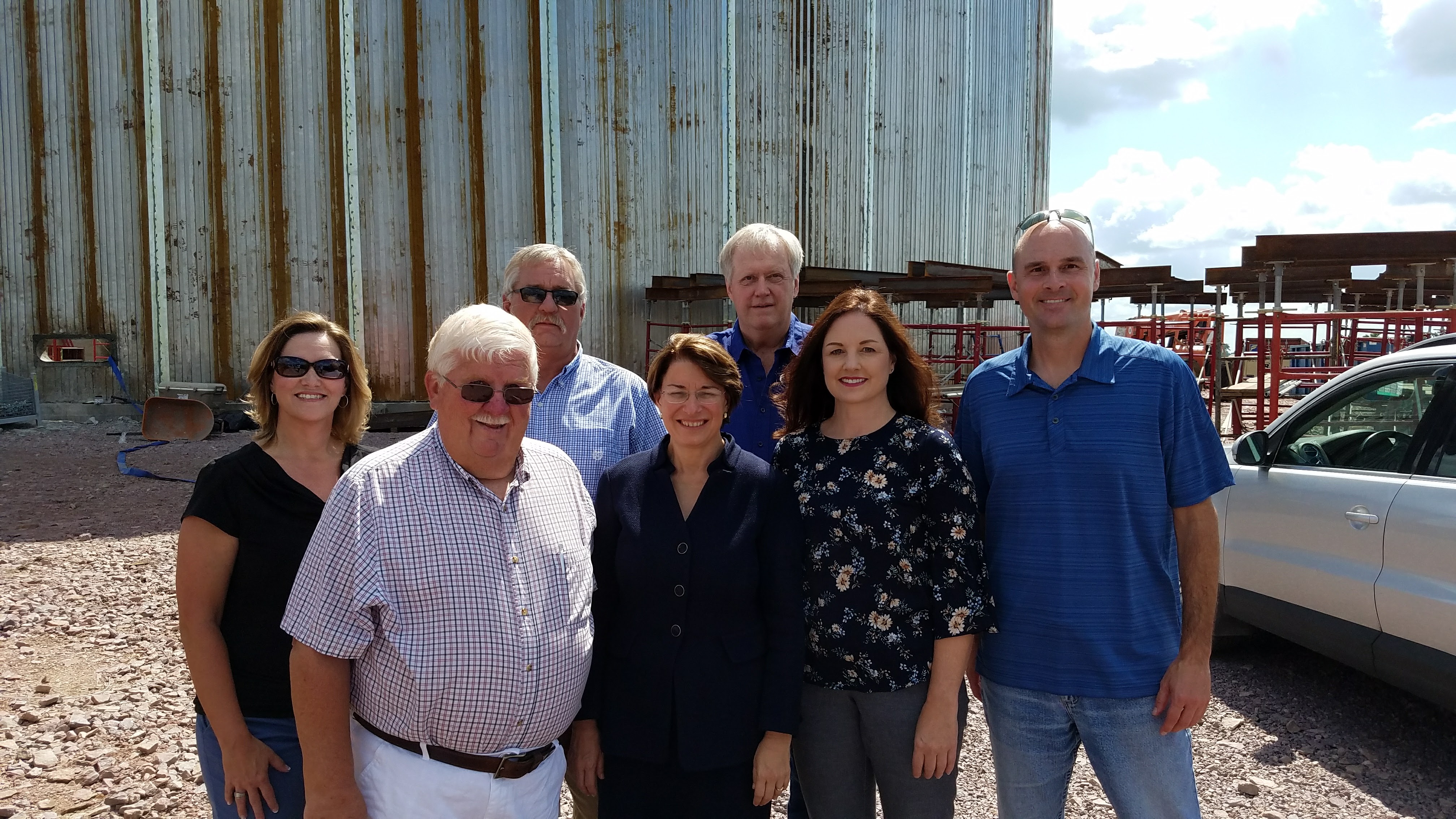 Senator Amy Klobuchar toured construction of the Rock County reservoir on August 27.  She met officials from Luverne and the Rock County Commission, who has jurisdiction over the Rock County RWD, to discuss the positive economic development impacts from the Lewis & Clark water.  They also discussed ensuring that a proposed infrastructure bill put a high priority on completing projects like Lewis & Clark where the federal government has already made a commitment.  Klobuchar reiterated her strong support for the project.