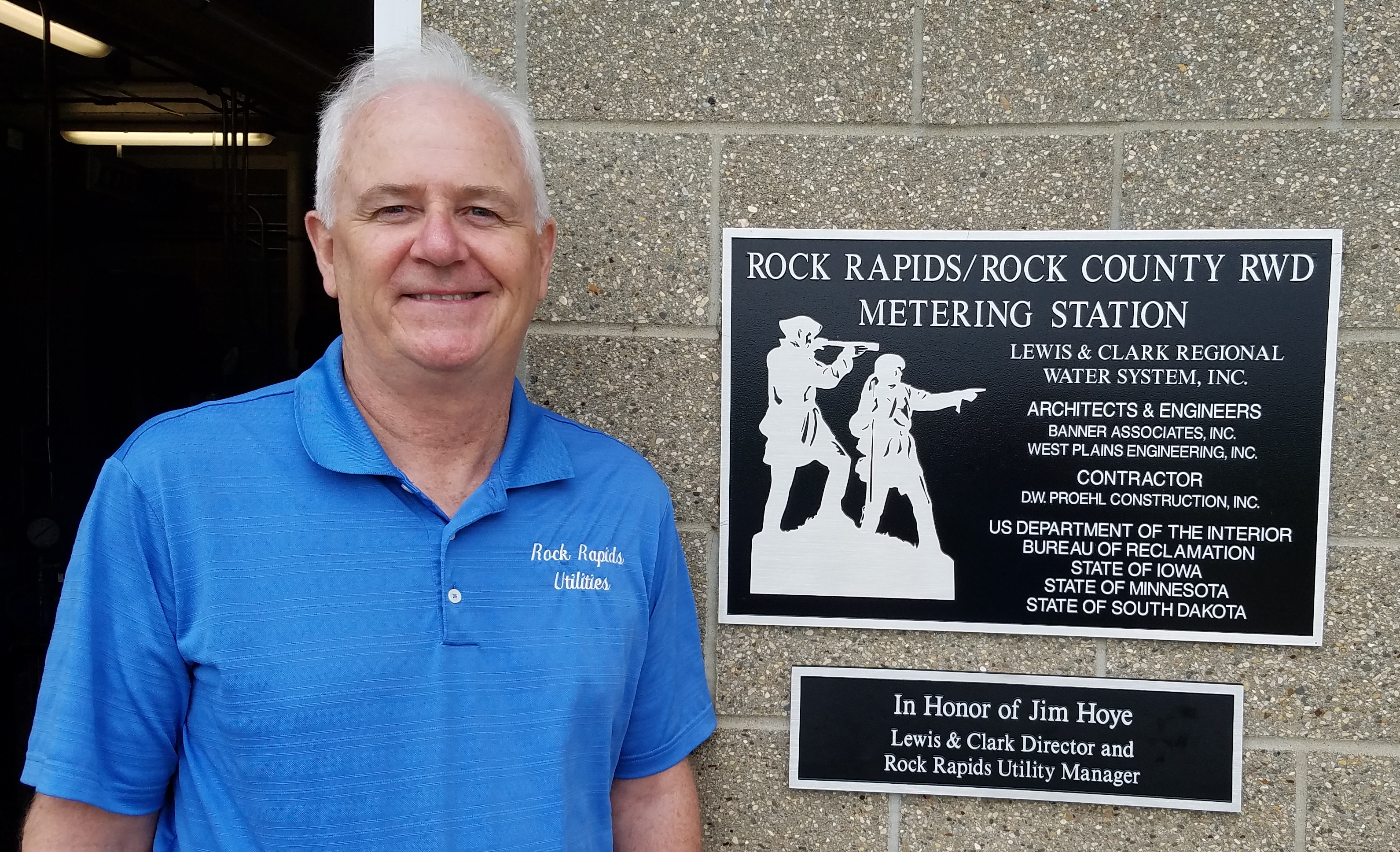 The Rock Rapids-Rock County RWD meter building was dedicated in honor of Director Jim Hoye on June 19. Jim is the General Manager of Rock Rapids Utilities and has served with distinction on the Board of Directors since 2012. He has served on various committees, including the Executive Committee, and has made trips to Des Moines and D.C. to advocate for the project, as well as attend many local meetings with federal and state officials. He also played a key role in convincing his board to re-join Lewis & Clark after project authorization in 2000. Chairman Red Arndt told Hoye, “For generations to come the citizens of Rock Rapids will enjoy an improved quality of life and expanded economic development opportunities because of the Lewis & Clark connection. You can take great pride in the important role you played in helping to make that happen. Congratulations on this well-deserved honor!”