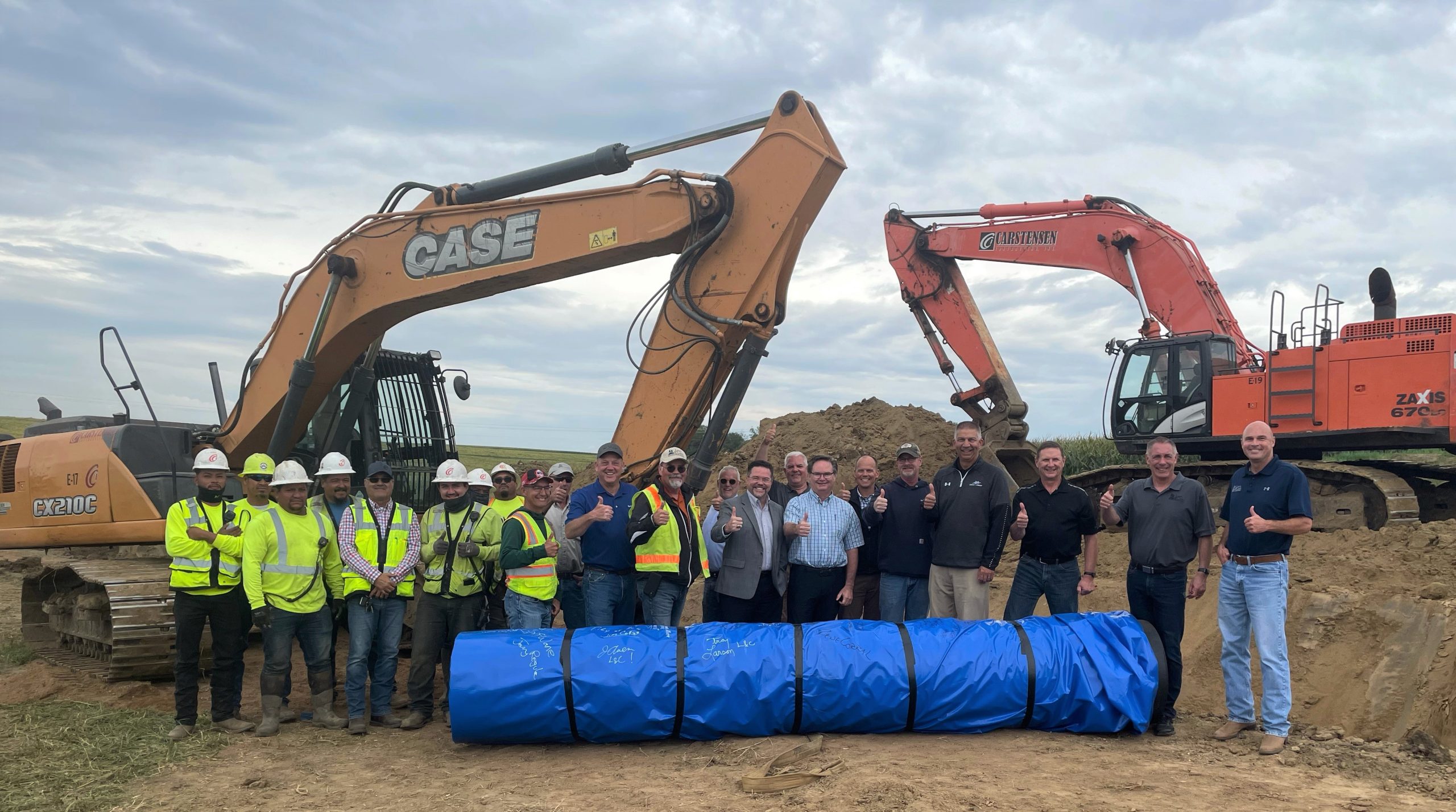 Officials from Hull, Sioux Center, Lewis & Clark, Banner (engineers), Carstensen (contractor) and McWane (pipe supplier) celebrated a “golden spike milestone” when the last section of 24-inch ductile iron pipe was installed on September 14, 2021 in the close to 34-mile stretch of pipeline between Beresford, SD and Sioux Center, IA. The two states are now officially connected! Everyone in attendance signed their name on the pipe, which was on the east side of the small hamlet of Lebanon. Getting all the pipe installed in this long stretch was a huge milestone, including a 1,700 feet bore under the Big Sioux River, but before Sioux Center and Hull can begin receiving Lewis & Clark water construction needs to be completed on the Beresford water tower, Sioux Center and Hull meter buildings, and adding pumps to the Beresford pump station. Work on those projects are underway and expected to be completed by early 2023. 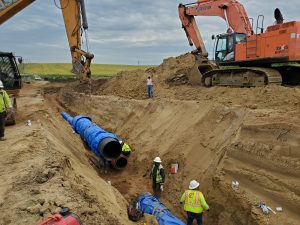 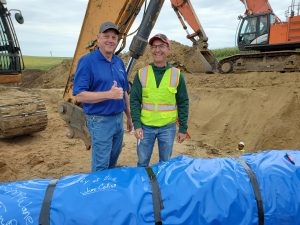 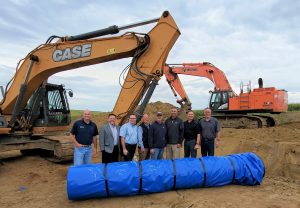 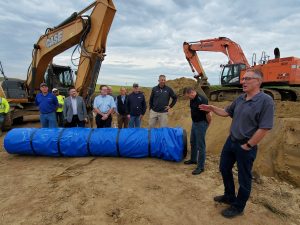 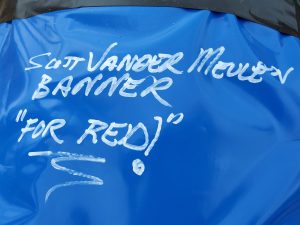 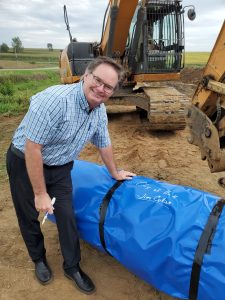 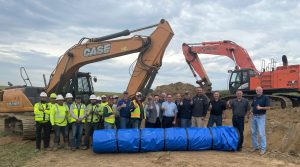